There is a simple reason why Nikki & Kurtis decided for a destination elopement in Paris: They started planning their wedding back home in Vancouver, Canada. But they quickly realized that a classic wedding with all the bells and whistles is just not so much their thing. So what to do? Well, as a famous quote says: “When in doubt, travel!” And that’s exactly what Nikki & Kurtis did. They ditched their original wedding plans. Instead they decided to travel for a destination elopement in Paris and a honeymoon trip allover Europe.

Nikki & Kurtis embarked on a foolishly romantic journey: It started in France with their destination elopement in Paris. As the backdrop for their wedding ceremony they decided for the Luxembourg Gardens. On Nikki & Kurtis’ wedding day in late summer this lush palace garden was in full bloom. Together with the soft afternoon sun the mood was breathtaking!

We chose a shady spot for the destination elopement ceremony with the Luxembourg palace in the background. Nikki & Kurtis asked me, their Paris officiant, to alter the traditional wedding vows a bit. It was important for them to have some personal lines included. They wanted a non-religious ceremony. As their Paris Officiant I chose a wedding reading as an inspiration for their lives as married couple.

Nikki’s parents witnessed their daughter’s wedding ceremony in the Luxembourg Gardens. Her dad even assisted with the wedding rings. Destination wedding photographer Teri B came all the way from L.A. to capture their destination elopement in Paris.

After spending a few days in Paris Kurtis, Nikki and her parents went together to Czech Republic to visit some relatives. Afterwards Nikki & Kurtis kept on traveling just the two of them. Their honeymoon trip brought the newly weds to some of the most beautiful spots in Europe: Rome and Venice in Italy & Mykonos, Santorini and Athens in Greece.

I am sure in the end of their destination elopement in Paris and honeymoon trip to Europe Nikki & Kurtis came back home with plenty of stories to tell and with unforgettable memories. And especially Paris will always be a unique place for them: Nikki & Kurtis already got engaged in Paris and they came back to elope in Paris. The city of lights was playing an important part in their love story! 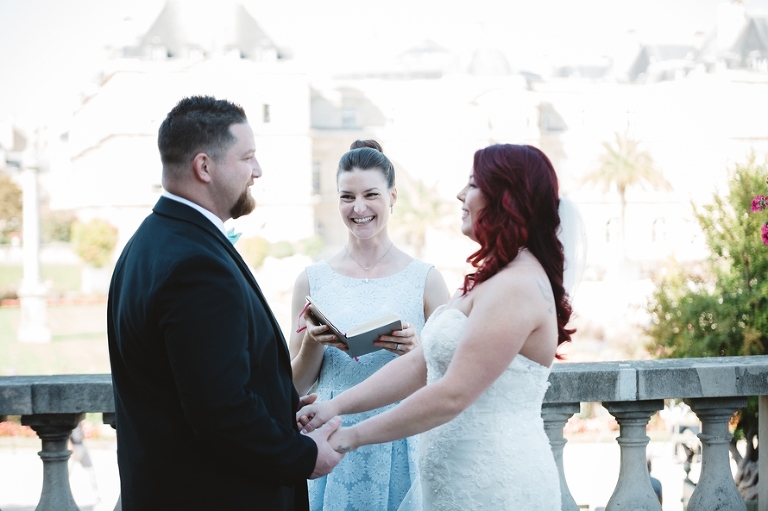 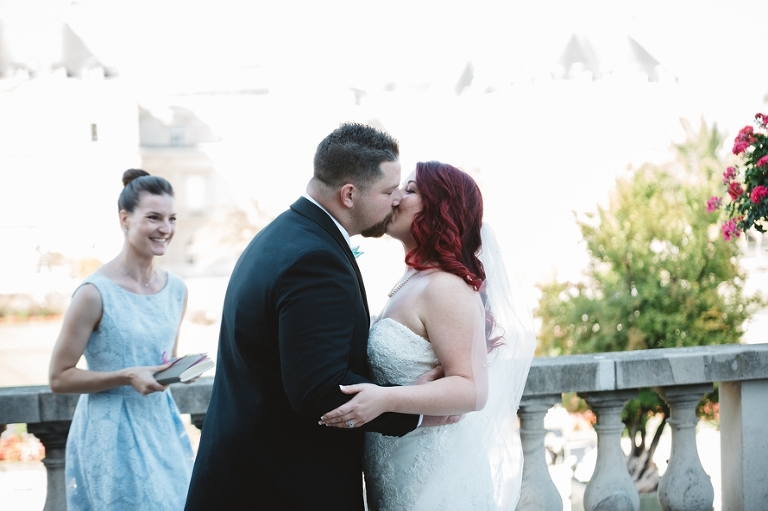 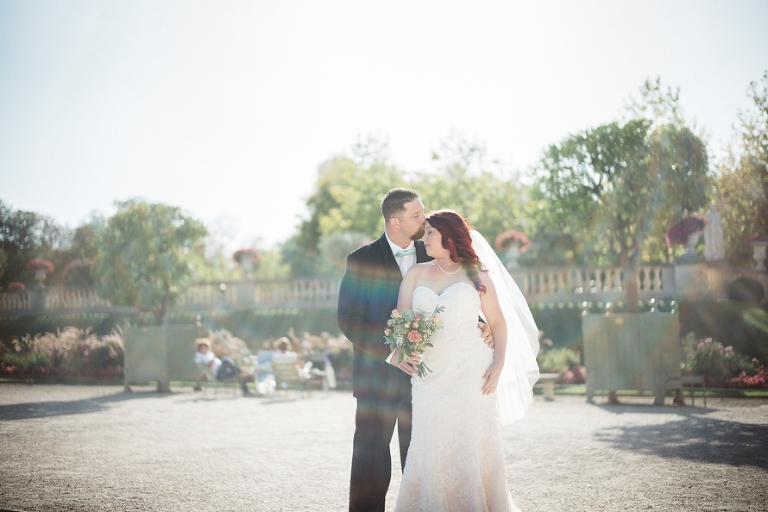 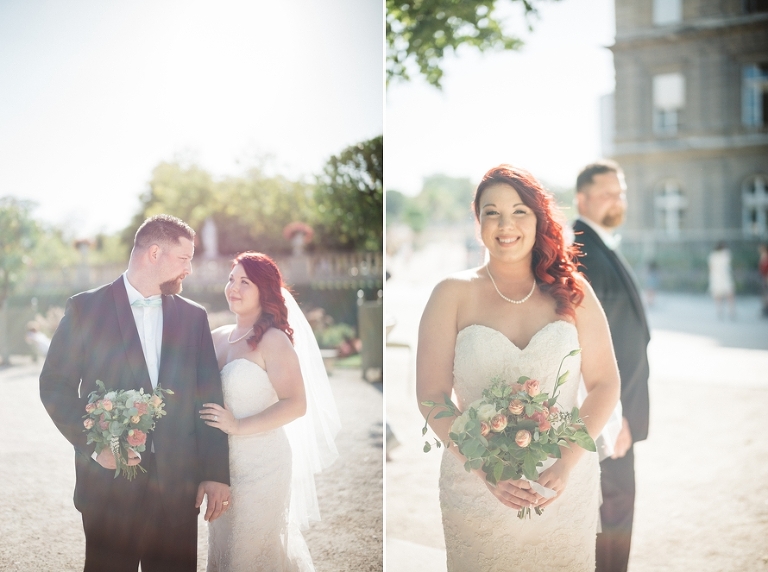