A destination wedding Europe is something many couples dream about. Europe is the old continent – classic and elegant. There are so many beautiful wedding destinations in Europe: Ancient towns with incredible architecture, elegant castles and beautiful landscapes. You will surely find the perfect backdrop for your destination wedding, elopement or commitment ceremony in Europe.

Moreover you can combine your elopement ceremony with a trip through Europe, your honeymoon. With a destination wedding in Europe you will also take your families and friends on an adventure. And you will surely create unforgettable moments when you get married in the middle of a Lavender field, over the rooftops of an Italian town or in an ancient European castle.

Follow me on this trip through Europe! I will show you 4 wedding destinations and elopement destinations that will leave you breathless!

And if you are thinking about a destination wedding Europe or destination elopement in Europe I’d be happy to hear from you! I call myself The Paris Officiant, but I would be honored to travel to the beautiful wedding or elopement destination you chose for your special day in Europe.

1. Italy: Ceremony over the rooftops of Florence 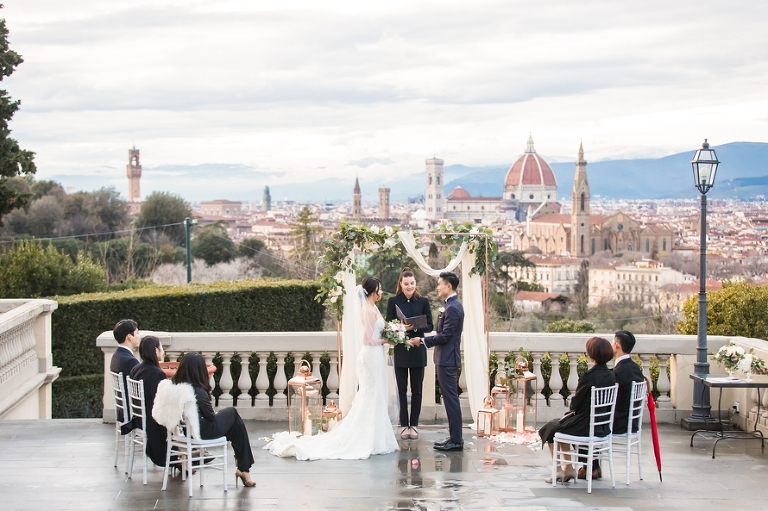 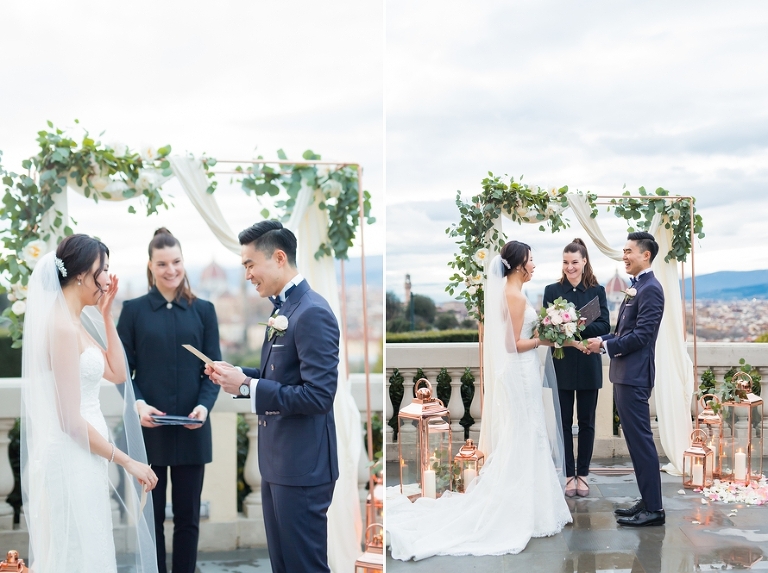 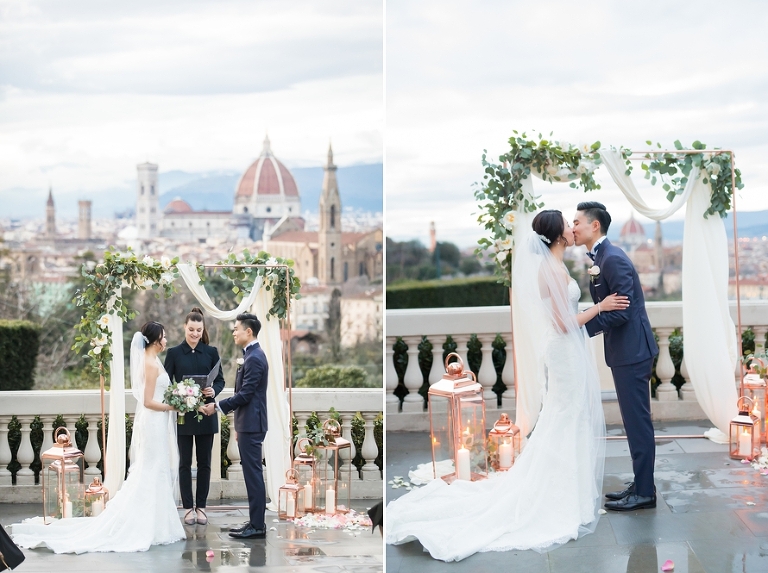 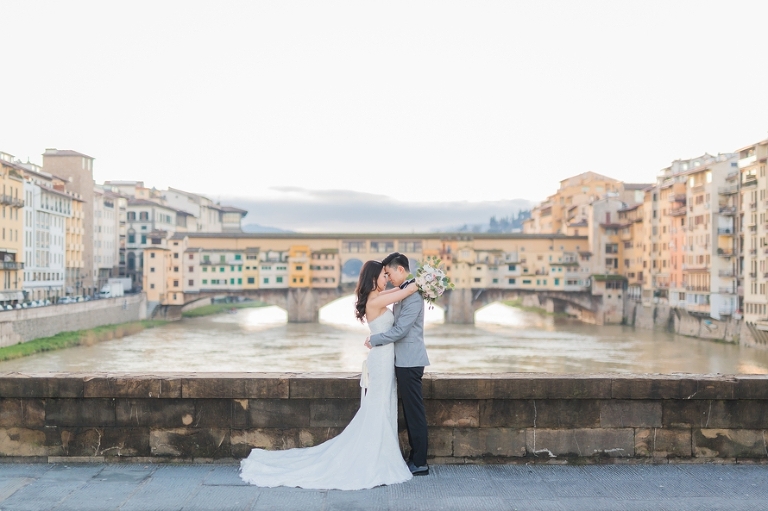 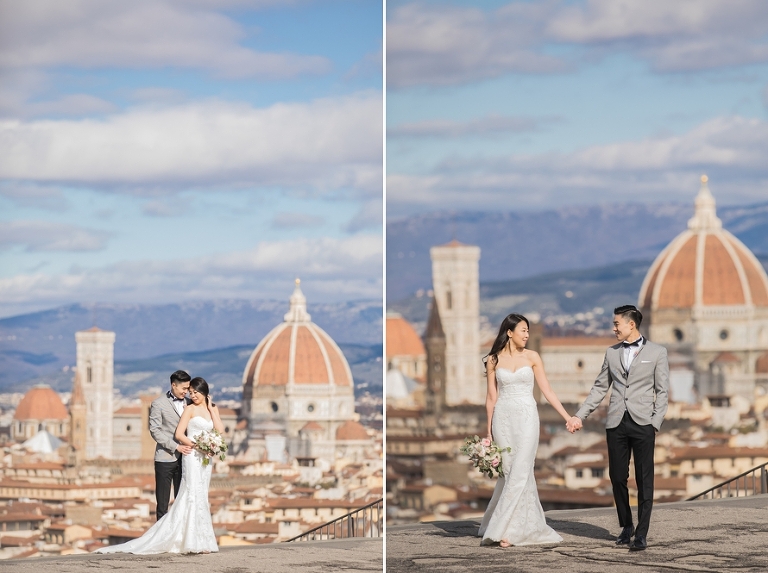 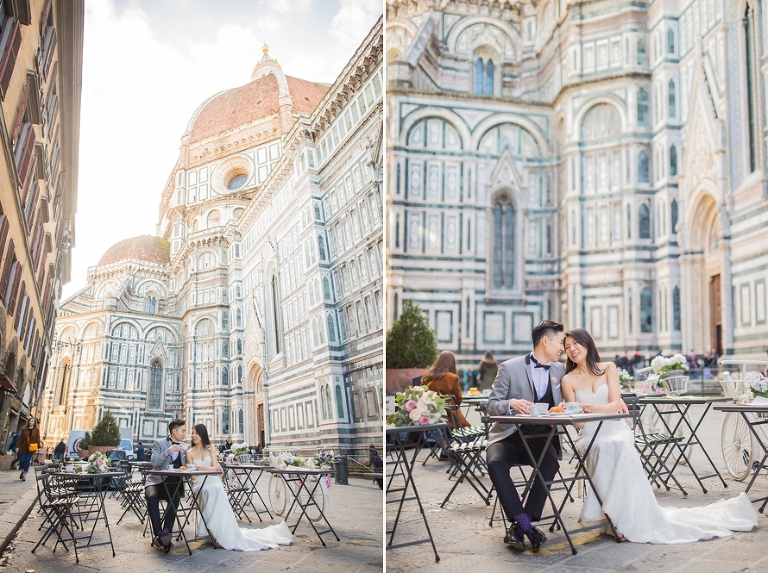 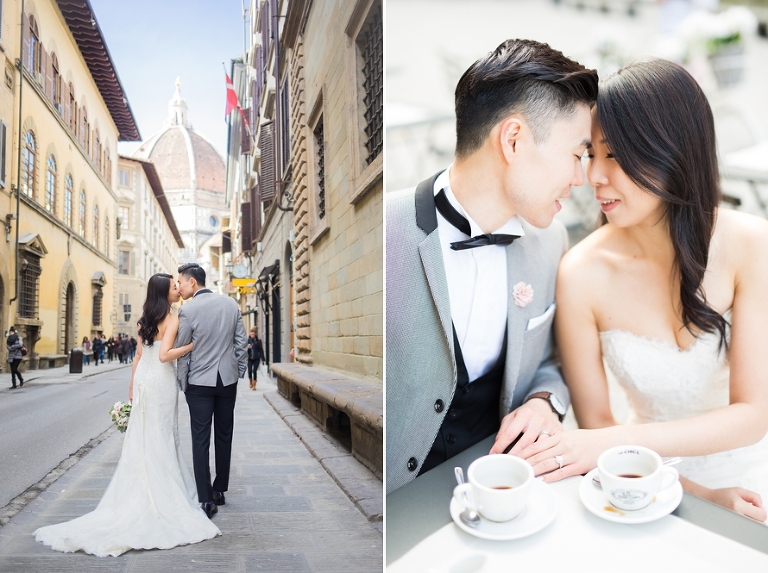 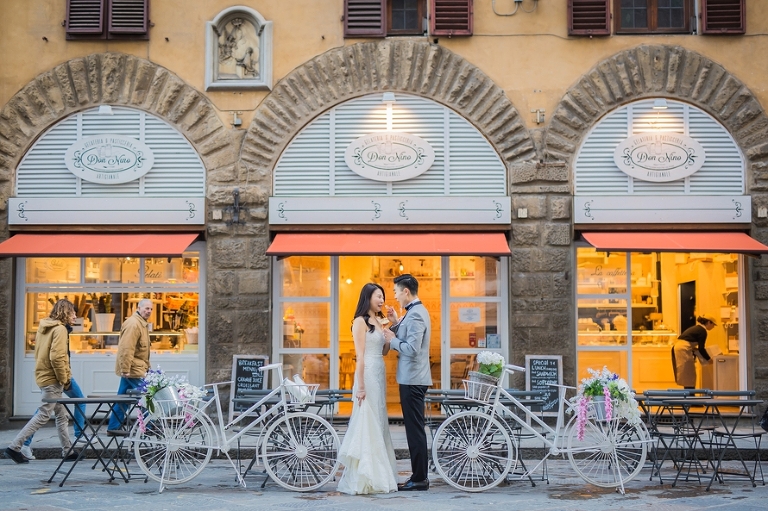 Angela & Daniel love traveling. Many milestones of their love story already took place in Europe: Daniel proposed in Prague and the couple celebrated their engagement in Paris. Therefore it was obvious to also plan a destination wedding in Europe. They chose Italy and celebrated with their closets friends. We were extremely lucky that the rain stopped in time so that we could have an outdoor wedding ceremony overlooking the rooftops of Florence! It was a magical moment when the sun was setting and the candles were lighting up the dusk. As their celebrant in Europe I incorporated their beautiful love story and a little Italian touch into their ceremony. Angela & Daniel also explored the amazing city of Florence with a photo session. 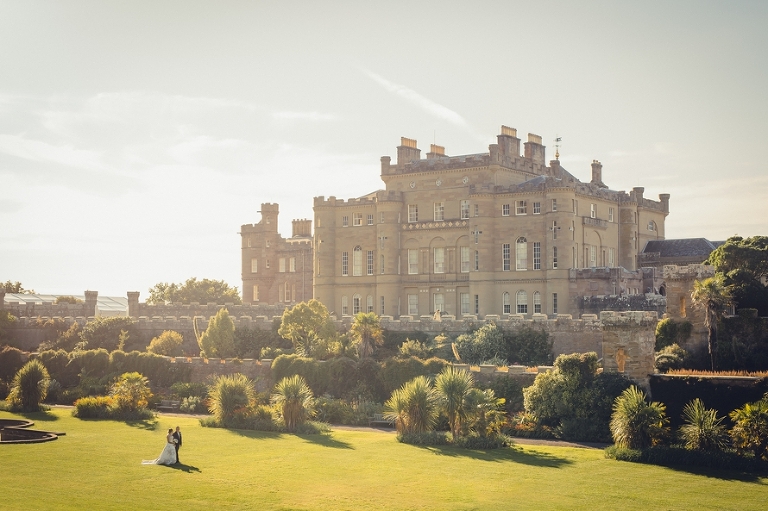 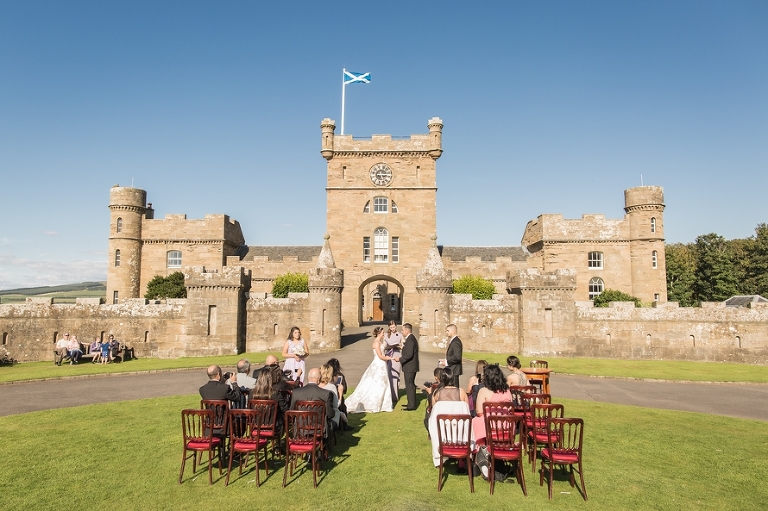 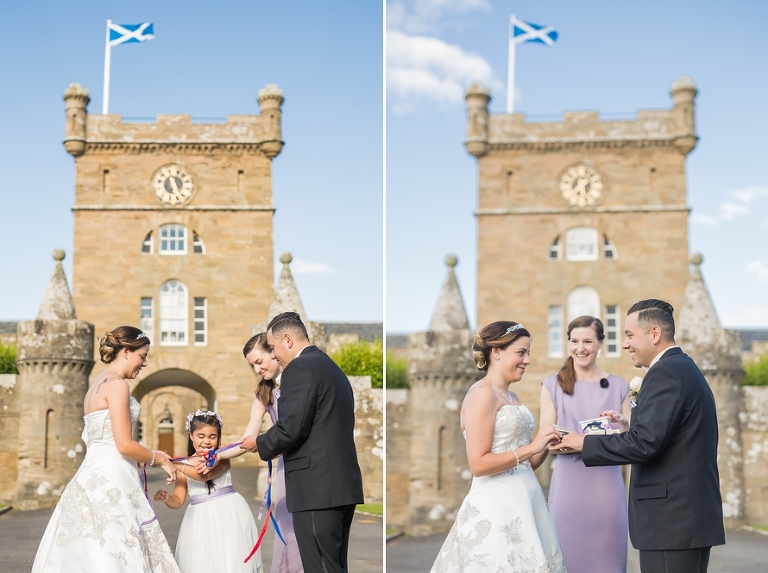 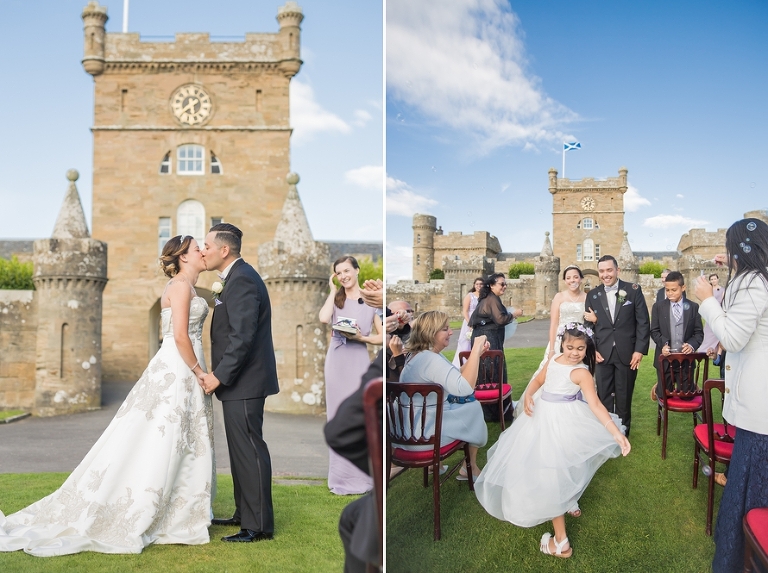 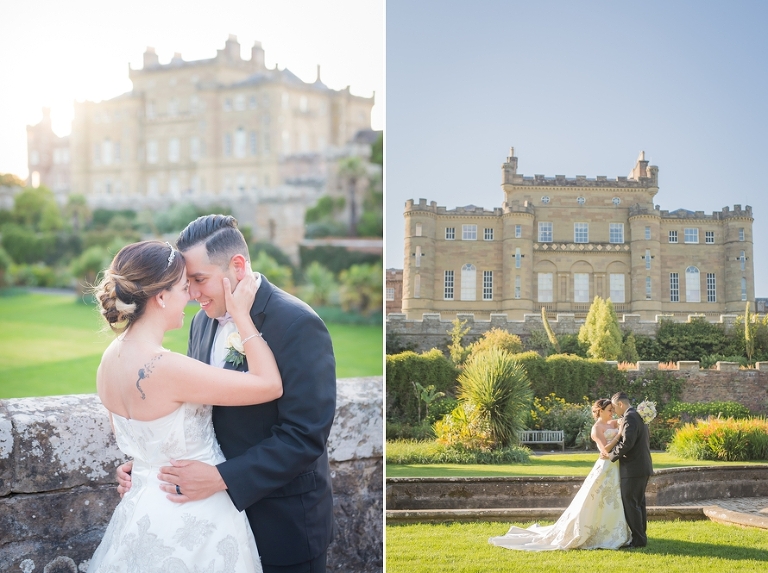 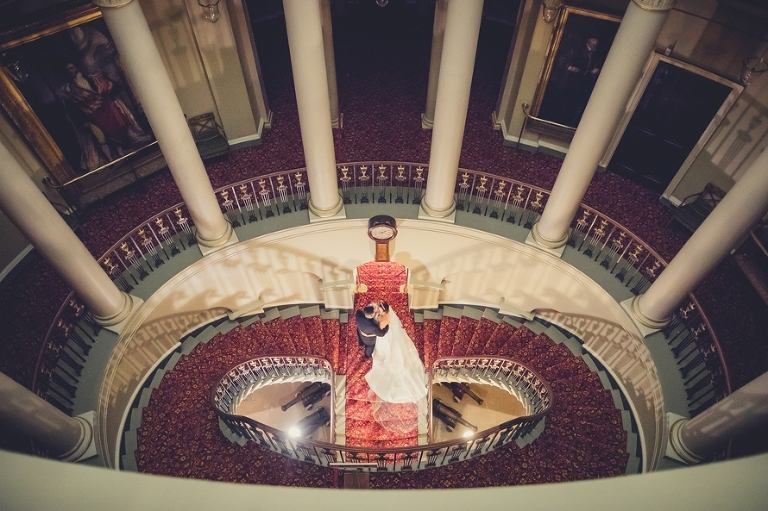 Florencia & Eric were leading a long distance relationship in the US. Also their families are spread all over the American continent. So a destination wedding in Europe made perfectly sense to them: everyone had to travel anyway! The couple not only got married, they also became a family. To symbolize this step we incorporated a family handfasting ritual into their wedding ceremony: Florencia’s daughter was tying the know together with the couple to show that they are one family now. As their wedding officiant I also chose a Scottish poem as a reference to the wedding destination they chose. Some of the guests came from South America and only spoke Spanish. So together with the bride Florencia we prepared a little surprise: We incorporated a few words in Spanish. As wedding officiant I surprised the groom and guests with the vows and ring exchange in Spanish. 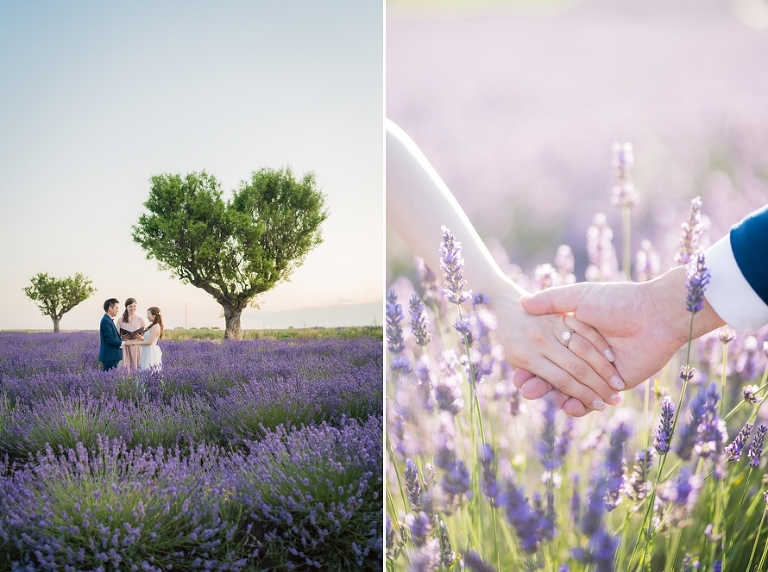 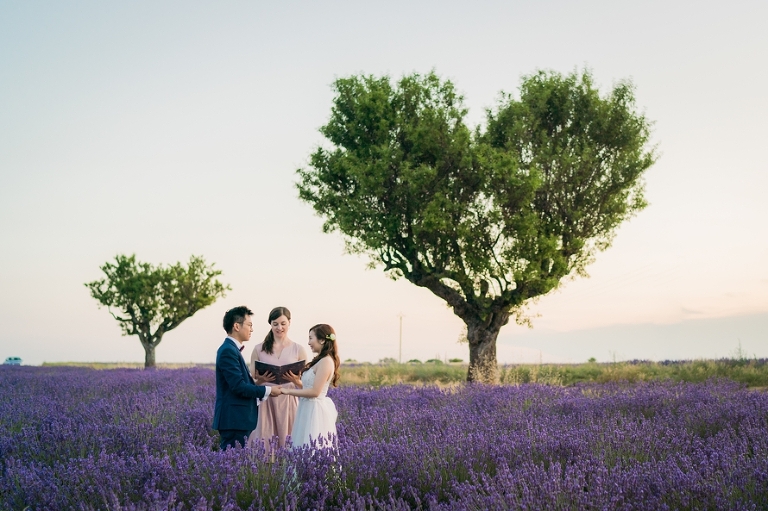 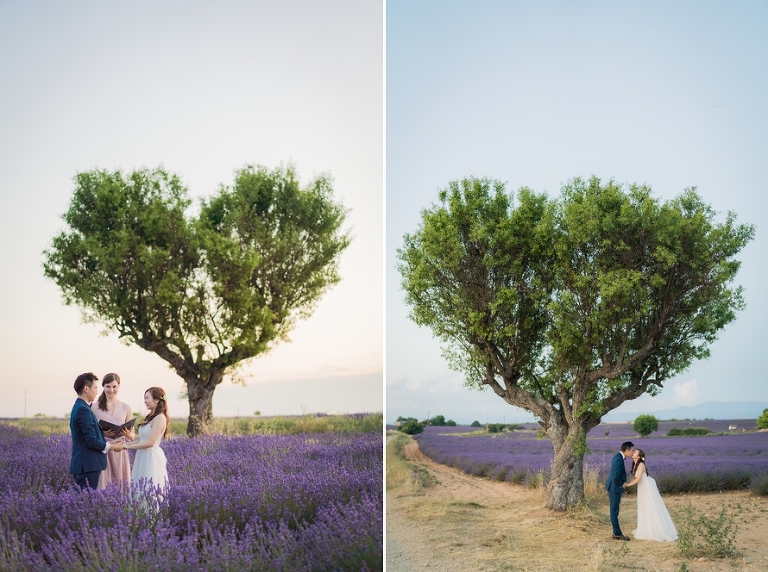 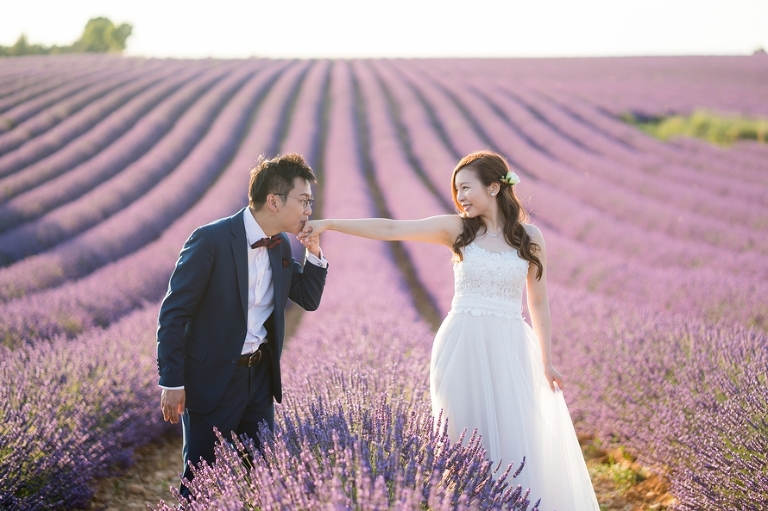 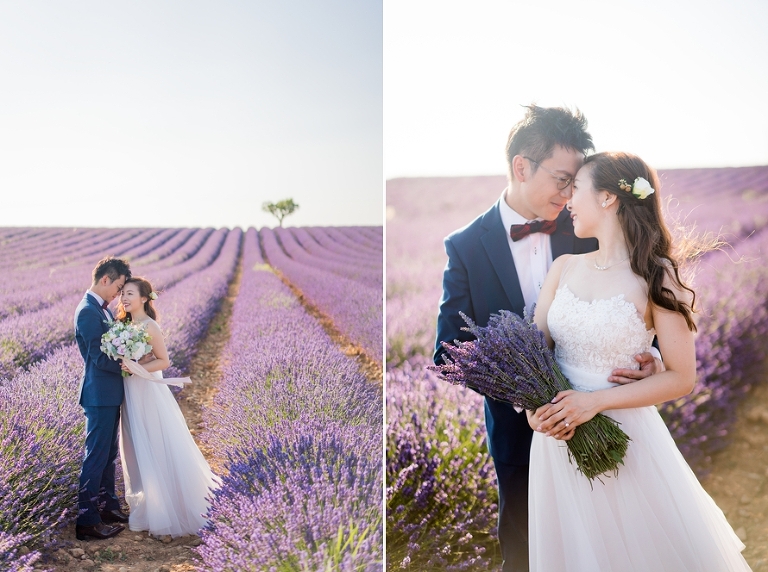 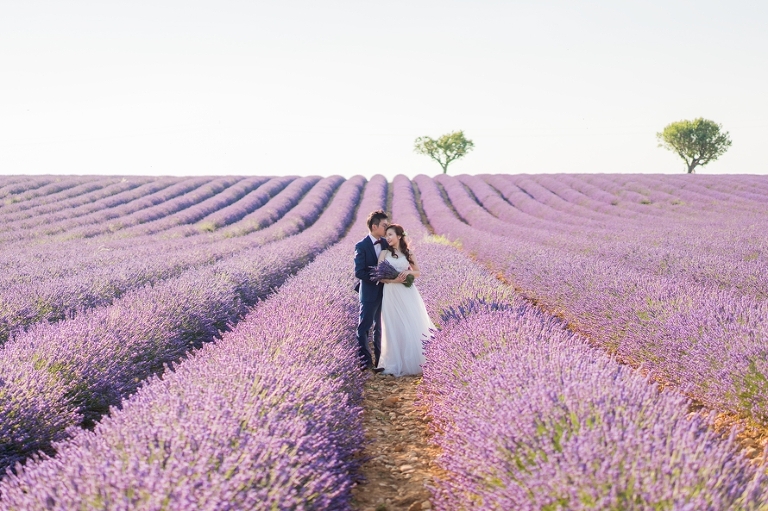 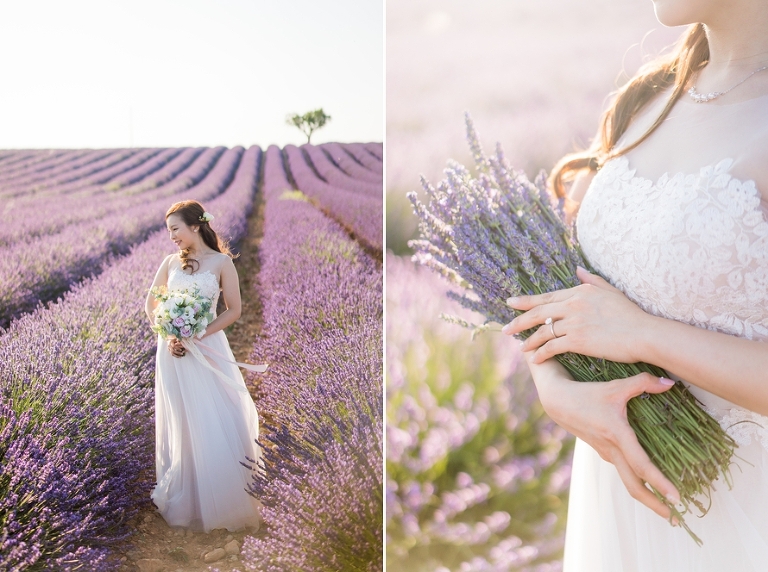 Sherman & Chris came from Hong Kong to take pre-wedding pictures in Provence. The bride Sherman went to university in France and wanted to come back with her fiancé to celebrate their engagement. The couple took photos in the lavender fields in Provence in bridal attire to announce their wedding. They will get married back home in Hong Kong with a traditional Chinese wedding. So as their celebrant in France I prepared a commitment ceremony for them to celebrate their love and engagement – before actually getting married. When we found the heart shape tree in the middle of a lavender field we knew that this was the perfect place for the ceremony. The heart represented the growing bond and sweet love of this young couple.

4. Germany: Bilingual wedding in a castle 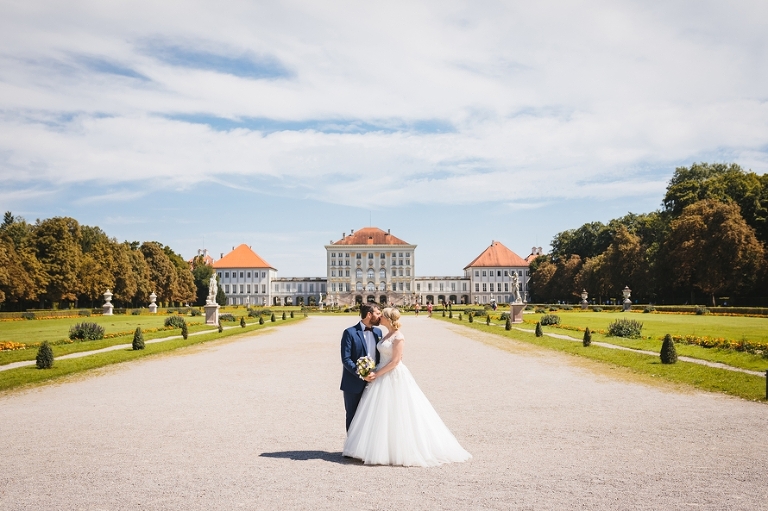 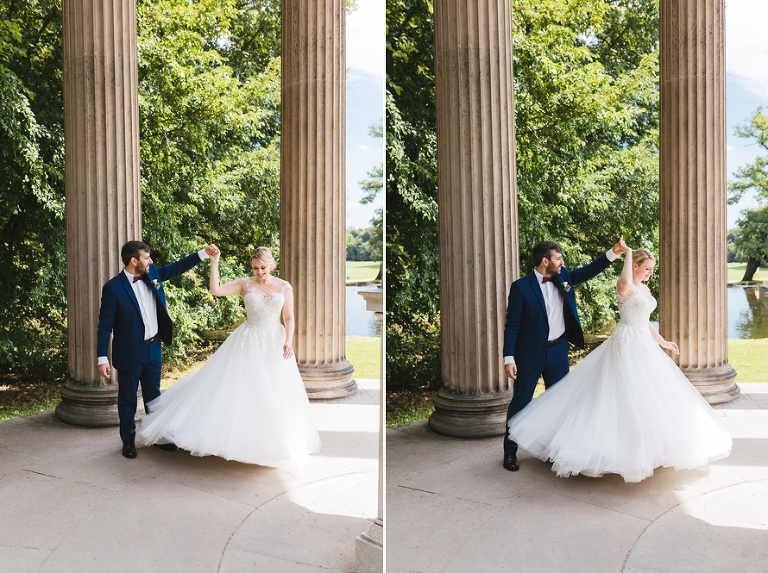 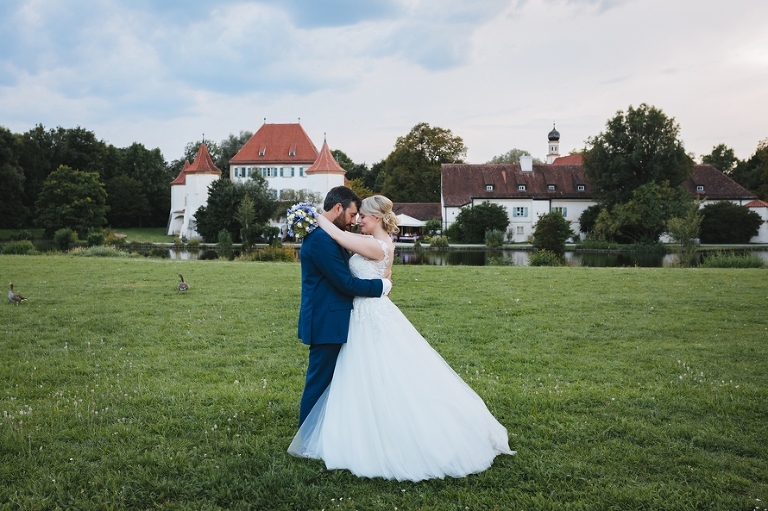 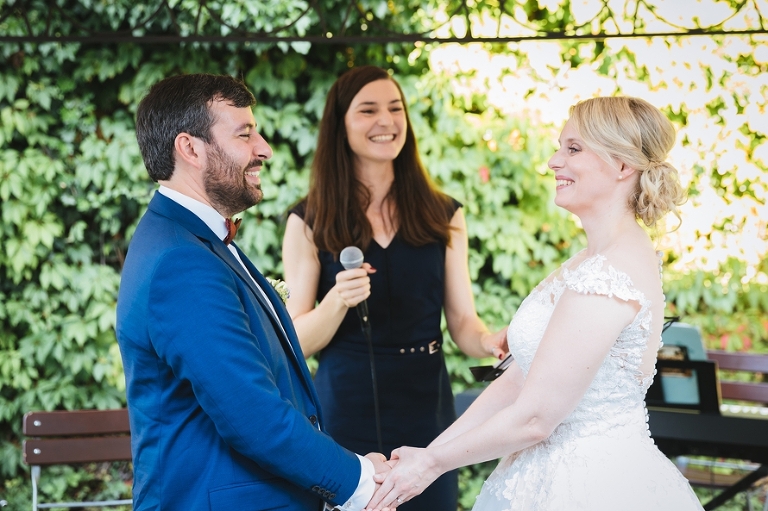 Jasmin & Stéphane are a German-French couple. After years of long distance relationship the groom moved to Germany. The couple celebrated this big step in their relationship with their wedding ceremony. The wedding took place in Jasmin’s home town Munich. They chose a blue-white-red color theme inspired by the French tricolor flag. It was important to them to have both cultures and languages represented on their wedding day: As their wedding celebrant I performed a bilingual wedding ceremony in German and French because half of their guests only speak German and the other half only French. Some guests contributed to the ceremony with songs and poems from their respective home countries: The mother of the bride read a German poem, the mother of the groom a French poem. Friends of the couple also played a German and French song during the ceremony.