Destination Wedding in France in a French castle

French castle as backdrop for destination wedding in France

This destination wedding in France started with thick morning fog. The fog was slowly lifting when Katie passed the few footsteps between the medieval castle and the chapel with the stain glass windows. Inside of the chapel Bobby was waiting for her at the altar, excited to catch a first glimpse of his beautiful bride.

Katie & Bobby celebrated a truly romantic destination wedding in France at the French countryside in breathtaking Château de Beaulieu. This medieval castle provided a whimsical and mysterious backdrop for their intimate wedding: You can trace back the history of the castle and the owner’s family along old paintings, family heritages and pieces of ancient furniture. The couple from Texas only had a handful of guests for their intimate destination wedding in France: close family and a few best friends.

Katie & Bobby rented the whole castle for a few days: The couple and their guests felt like traveling in time. There was nothing around the castle but the park and the vast French countryside. So every morning when they woke up – everyone in a different room with decorations dating back centuries – they all felt a bit like French aristocrats passing a few days at their countryside residence to escape the hustle and bustle of the nearby metropolis Paris.

Wedding ceremony in an ancient chapel

Beside the classy vibes of the castle it was important for Katie that religion was part of their destination wedding in France. So she was very happy that an ancient chapel was belonging to the French castle. “I knew that the chapel was the perfect place. The stone floors and stain glass windows were steeped in history and required no traditional wedding décor,” said Katie. “Built in the 13th century, it has been witness to hundreds of ceremonies and I felt honored that we would become a part of its history.”

As their celebrant in France I was glad to celebrate a slightly religious wedding ceremony for Katie & Bobby to bless their union in the spirit of God. I also made sure to integrate a reading of the Victor Hugo into their wedding ceremony as the famous French poet is Katie’s favorite writer.

Katie’s favorite moment of her destination wedding in France was when she entered the chapel for the wedding ceremony. Katie said: “When the doors opened, everything melted away. I didn’t see the faces of the people; everything was a blur but Bobby. I have always been confident in our relationship, but in the few moments it took me to walk down that ancient aisle, I was overwhelmingly reassured: everything was right.”

Romantic ceremony for their destination wedding in France

Plenty of couples get married every day, but every love story is different and unique. And Katie & Bobby wanted to express that during their wedding ceremony: That’s why they were writing and reading personal letters to each other just before exchanging their wedding vows. Besides as their Paris officiant I was integrating personal facts and anecdotes to reminisce their beautiful love story. Katie & Bobby’s love story started in a completely different backdrop: In a Honky-Tonk bar in Texas. Katie was working there seven years ago. Bobby came around and they bumped into each other. From the very first moment both felt that something very special was about to happen.

It sounds movie-like how Katie & Bobby first met. But in fact their love story started with an obstacle: A 150 miles distance between the two cities they lived in. They almost dated three years long distance until they both found jobs in Dallas, Texas and finally moved in together. Another three years later Bobby proposed to Katie after a picnic at their favorite lake.

Katie & Bobby chose to get married in a French castle near Paris because it was simply the most romantic thing they could think of. They wanted to create a once-in-a-lifetime experience with their families and friends. Paris Photographer Pierre Torset and Paris Videographer 2P Paris Prod captured Katie & Bobby’s destination wedding in France into beautiful pictures to make their special day unforgettable. And Katie & Bobby will surely show those photographs later on to their kids which they are hoping to be blessed with soon. 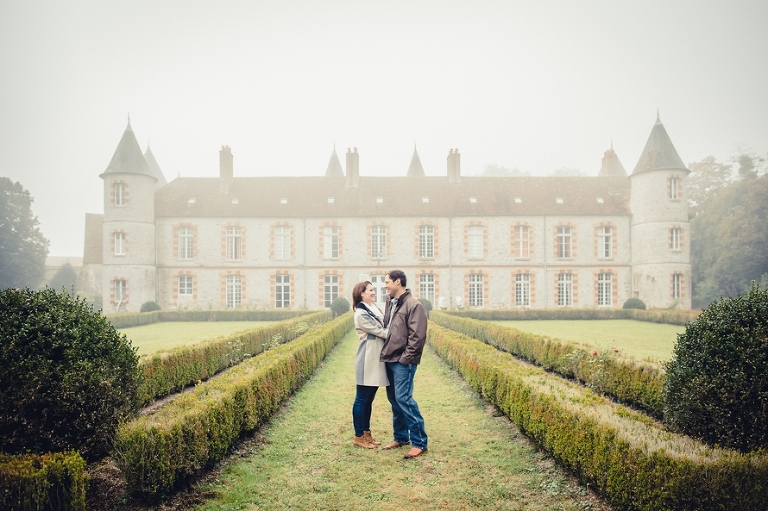 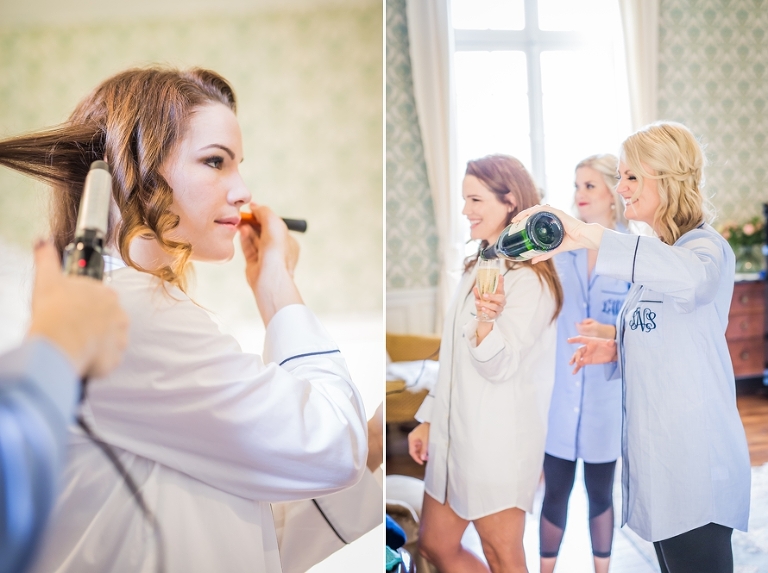 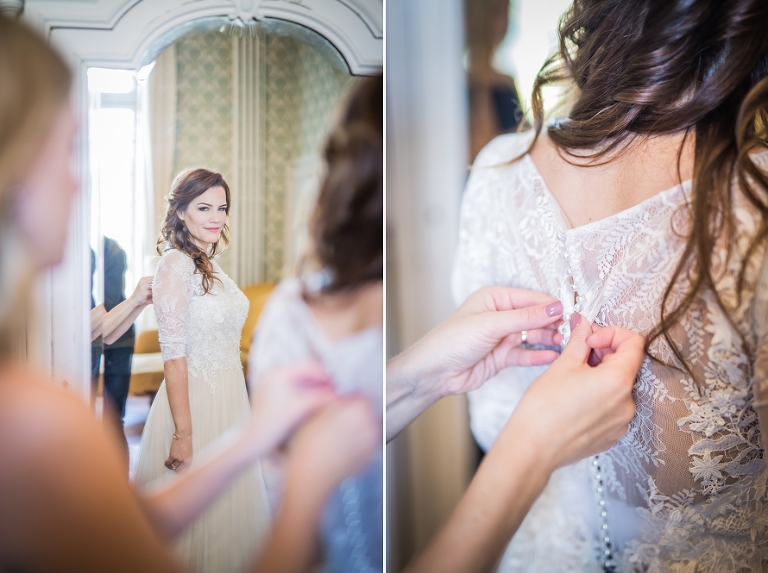 Vendors of this destination wedding in France:

“Imagine a perfectly tailored, incredibly romantic ceremony and you will get just that with Laura. Couldn’t be happier with our ceremony. I thought having someone we didn’t know officiate our wedding meant it would be very basic but it was nothing of the sort! Laura crafted such a romantic ceremony and also helped us with all the little details… you would have thought she was also our wedding planner!

I’m so happy with our decision, Laura’s pricing is in line with with other celebrants, but if you’re making a decision on pricing, I would seriously encourage you to hire Laura …even if it meant spending more: the ceremony is the most important part!”