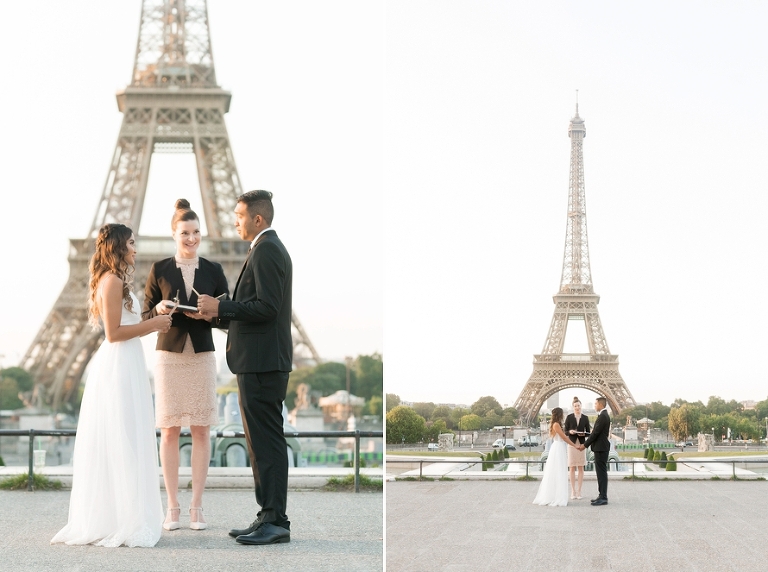 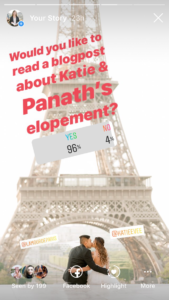 Katie & Panath’s Eiffel Tower wedding was so romantic, joyful and lighthearted that not only I can’t get enough of it. Also you – if you are following me on Instagram – chose it as your favorite Paris elopement from my posts in 2018. You voted very clearly with “Yes” to see more picture of this Eiffel Tower wedding and know more about the couple Katie & Panath and their elopement in Paris. So here you go!

Katie & Panath decided for a short and sweet Paris elopement: After the elopement ceremony at the Eiffel Tower they had a short photo session to take a few more couple pictures around the Eiffel Tower. As Katie & Panath’s celebrant in Paris I wrote a romantic ceremony script for them including a poem and a French reading. The couple also decided to exchange personal wedding vows which was a heartfelt moment. Katie & Panath were on a longer trip through Europe: So they simply combined a Paris elopement and Eiffel Tower wedding with their honeymoon travel.

In the following short interview Katie will tell you more about their love story and why they decided to elope in Paris and have a Eiffel Tower wedding: 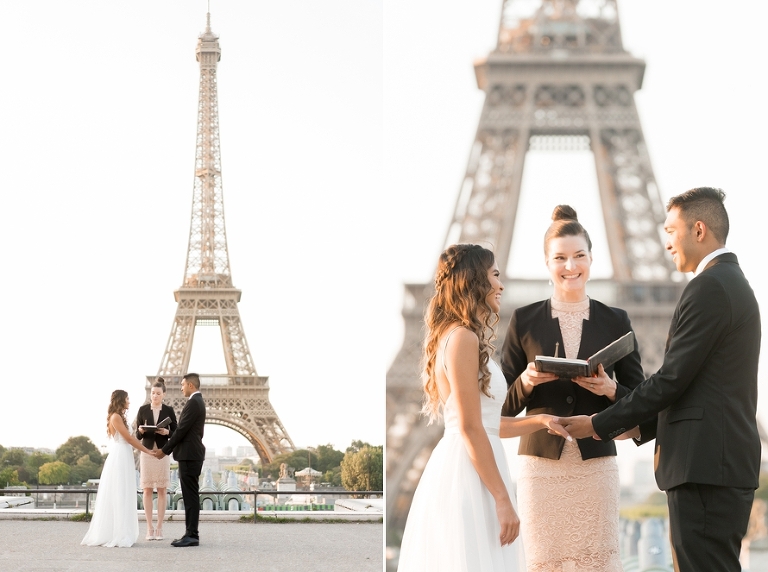 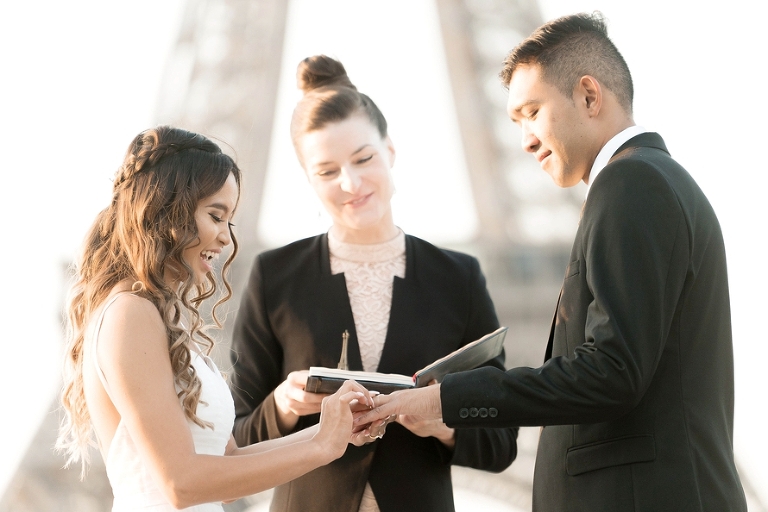 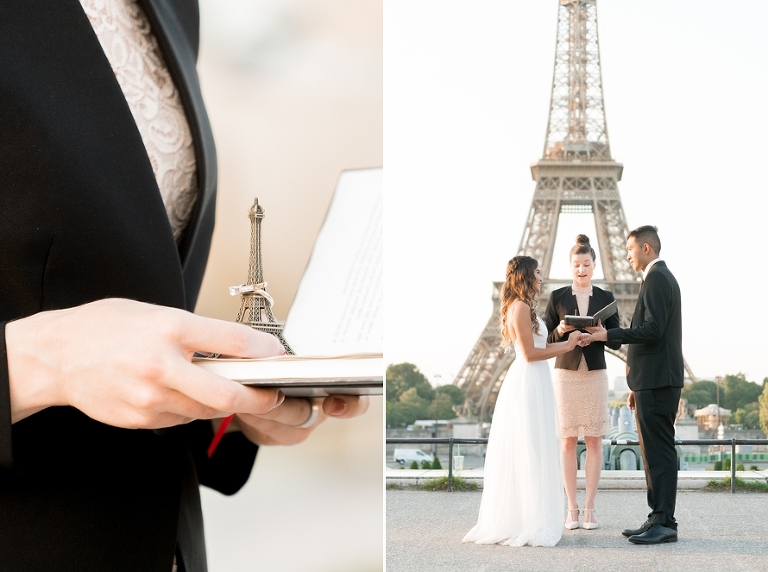 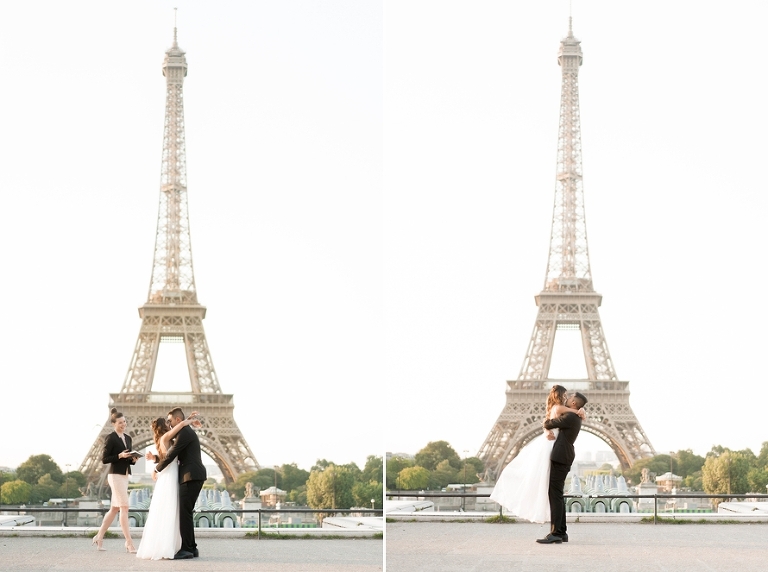 The Paris Officiant: Why did you elope?
Katie: Eloping is something very few couples do. However, eloping was the best decision we made. It was our little secret yet our greatest memory. It makes it more special when it’s just the two of us who are both lost in the moment, with our hearts racing like it was our first date. The idea of running off to get married is so romantic as well. It’s like reading something off of a Nicholas Sparks book.
The Paris Officiant: Why did you choose Paris?
Katie: If you’ve ever heard the term ‘wanderlust’ that pretty much describes our mind set. Wanderlust is defined as a great desire to travel and rove about. So why not start a new chapter with your loved one in a beautiful city where there’s so much adventure around us. We had already booked a two week Europe trip to 4 different countries and 5 different cities, one, of course being Paris, France. And we loved the idea of of eloping in the city of love.
The Paris Officiant: What was the favorite moment of your wedding day?
Katie: The most important moment to us was standing hand-in-hand in front of the Eiffel Tower, knowing that this was our new beginning. Knowing that in that moment listening to you marry us and listening to each other’s vows that we were going to say ‘I Do’ and be with each other for the rest of our lives. 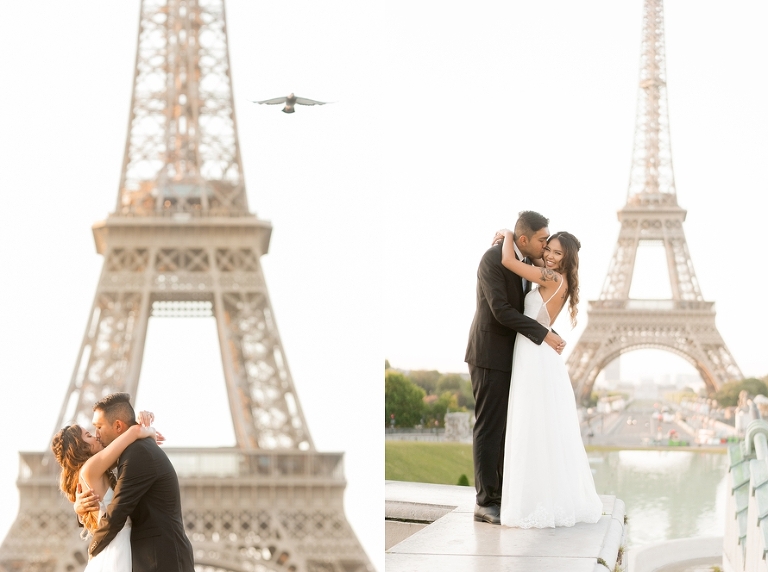 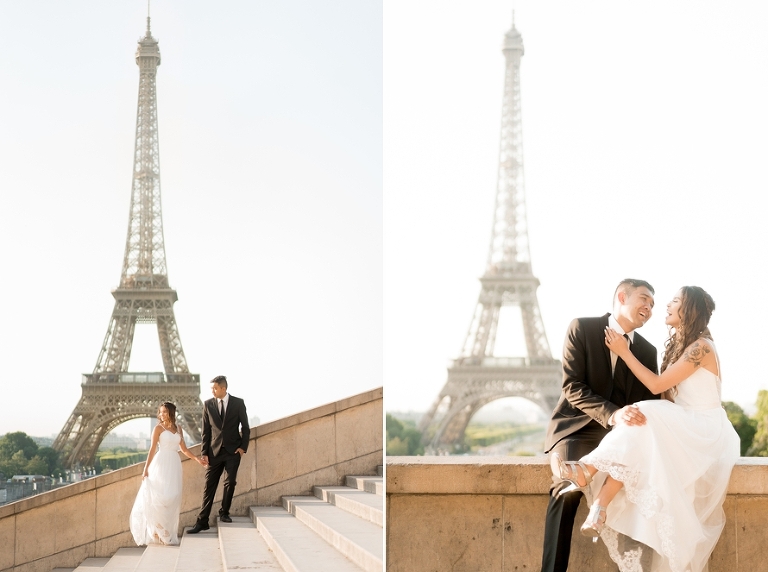 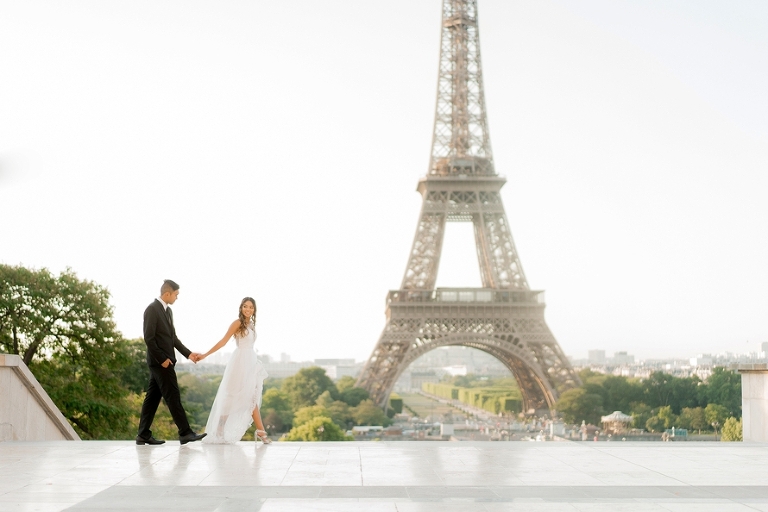 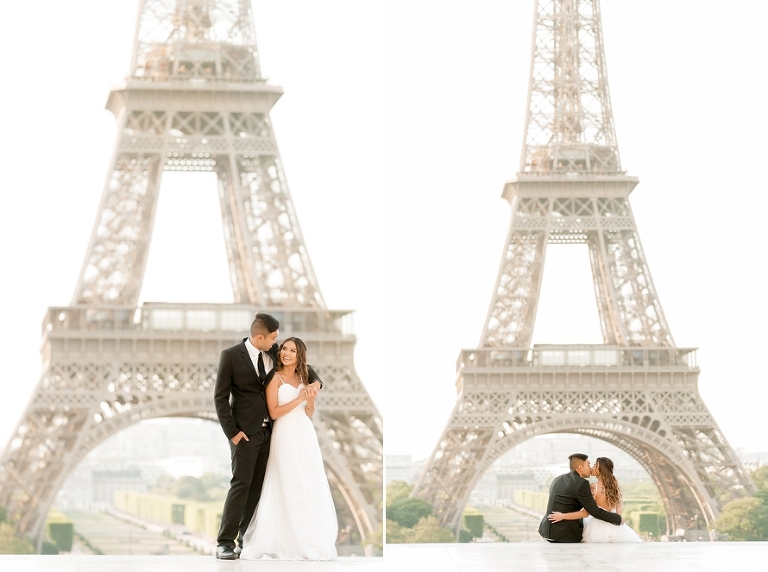 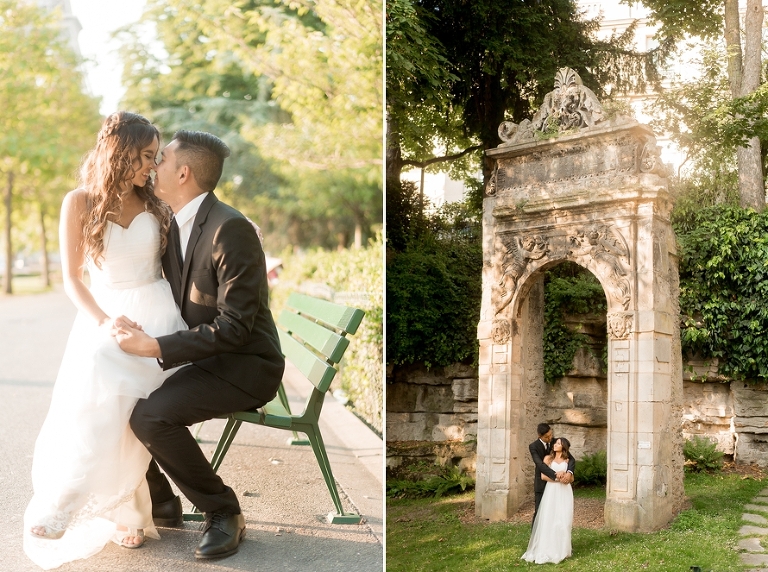 The Paris Officiant: How did you meet?
Katie: We met in May of 2012. I was just finishing my first year of high school and Phanath was enjoying his last year of it. We went to the same school but didn’t meet until he graduated. We met on Tumblr (which is just another social media website). He followed me and I initiated our conversation. About three months from the day I messaged him we finally met in person at a festival in Denver, Colorado. After that we were constantly messaging each other and spending more time together.

The Paris Officiant: How did you get engaged?

Katie: Panath proposed in July 2016. He was waiting for me at Dream Lake in Rocky Mountain National Park. Every week, we usually go on a hike but on this day I went with my best friend. Meanwhile, Phanath was patiently waiting for us to arrive with his best friend. Long story short, once I arrived he proposed. Phanath and I enjoyed the outdoors so I always assumed that was the reason for the location. Let alone, the name of the lake just sounds romantic.

Vendors of this Eiffel Tower wedding:

“My husband and I got married in June and having Laura marry us was the best choice we made. Laura made our elopement unforgettable! She wrote an amazing reading and made it more perfect by adding a little bit of a French touch to it since we were in Paris. She made us feel so comfortable and as we laughed and smiled I knew that no one else would have made that moment more special than she did. Thank you so much for everything Laura, you are incredibly helpful and so thankful that we found you!”

« How to write wedding vows – 10 romantic examples to inspire you!
Wedding in a French chateau in romantic ruins »
I