Wedding in a French chateau in romantic ruins 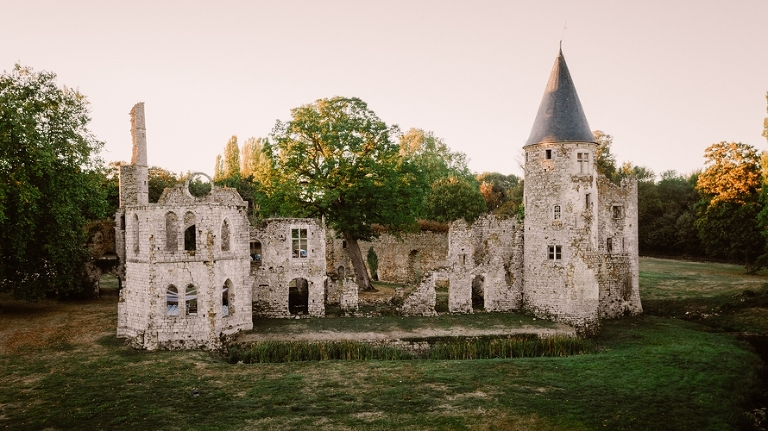 This wedding in a French chateau is one of the most romantic weddings I have ever seen! And I mean romantic in the original sense of the word which comes from Romanticism. Romanticism was a movement in the arts and literature in the late 18th century. These romantic artists were in love with everything ancient such as fairy tales, folk songs or ancient customs. Sublime nature and architecture inspired them and they emphasized intense emotion.

Alex & Morgana’s wedding in a French chateau was exactly this kind of romantic: The venue was an French castle complex built in the middle age laying in the middle of beautiful nature with nearby woods. But the most gorgeous spot is the wedding ceremony location: We celebrated the ceremony in the remains of an ancient chapel. The ruin has neither roof nor windows anymore. So the ceremony took place under the open sky with the warm breeze waving trough the missing window glass. The remains of the ancient altar were the perfect spot to officiate the ceremony of Alex & Morgana’s wedding in a French chateau. 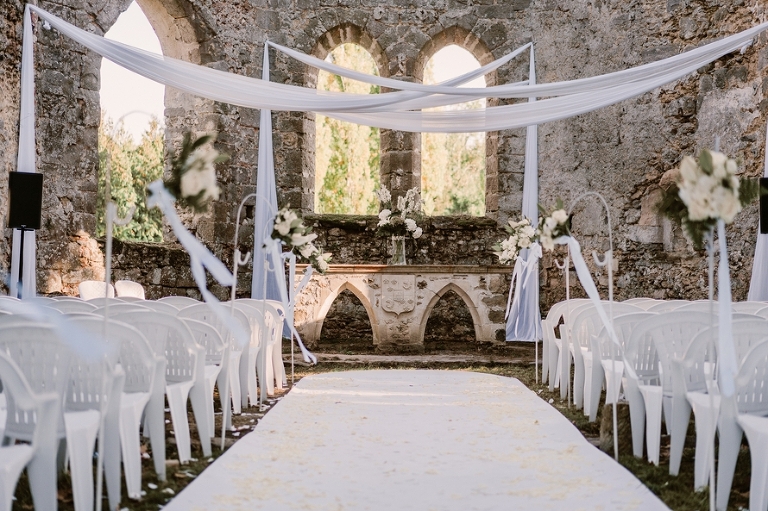 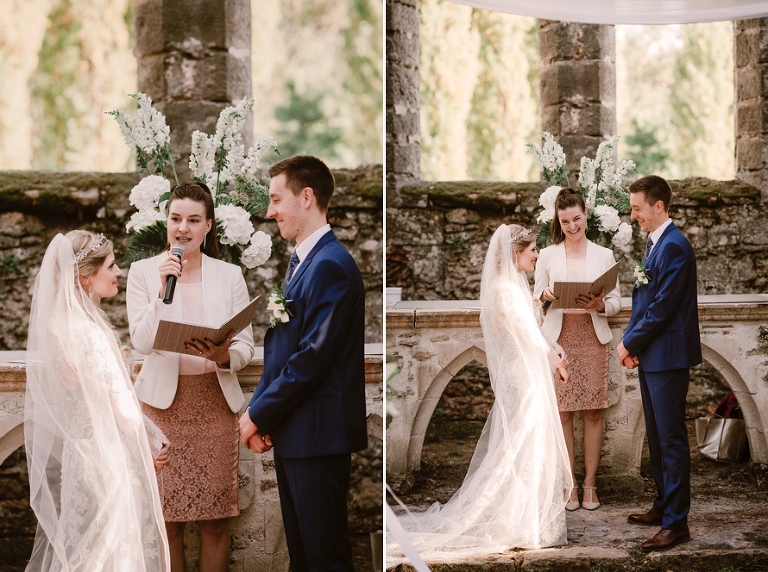 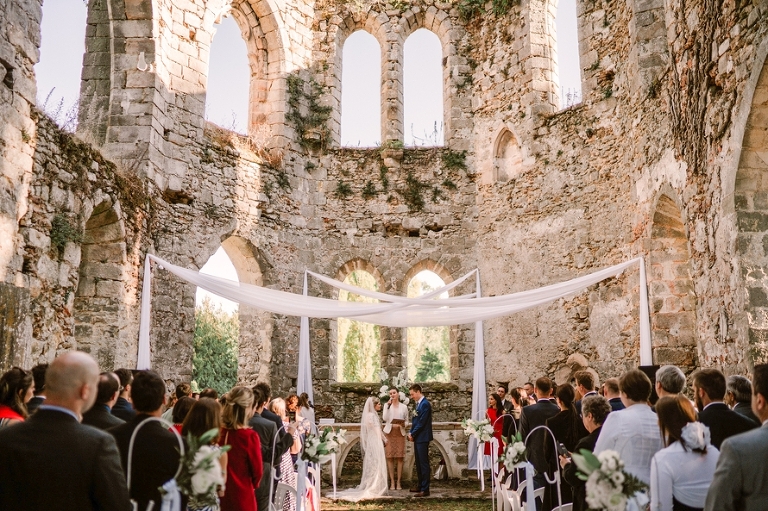 Even if the wedding ceremony took place in the remains of an ancient chapel Morgana & Alex decided to have a non-religious ceremony. Instead they really love literature and as Morgana is a big Harry Potter Fan I incorporated a little passage of the novel into their ceremony. The couple also needed a bilingual ceremony in English and French because Morgana is American and Alex French. Therefore many of their guests only spoke either English or French.

As bilingual officiant I usually write and perform the wedding ceremony in both languages. But this time was special because Alex wanted his cousin Claire to be part of the ceremony (she is the pretty girl in the red dress standing next to us ;). So we took turns, I officiated in English and she read her translation of the ceremony script in French. It was a lovely experience also because the guests could easily assign one voice to one language. 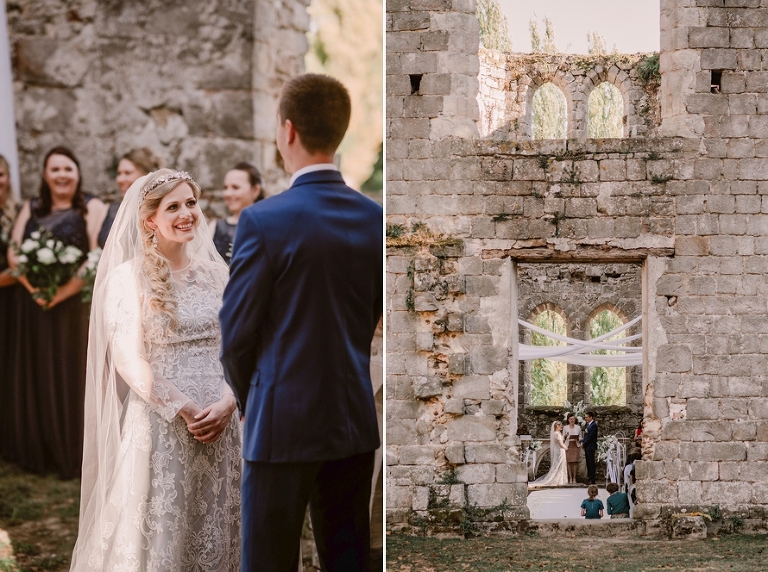 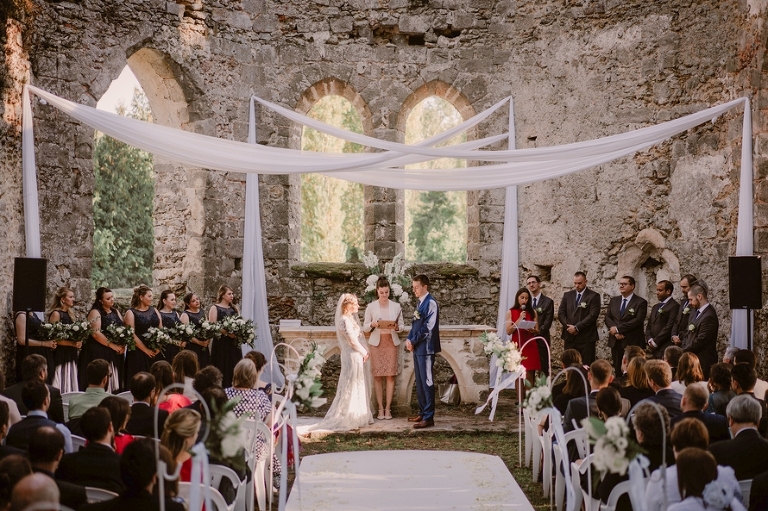 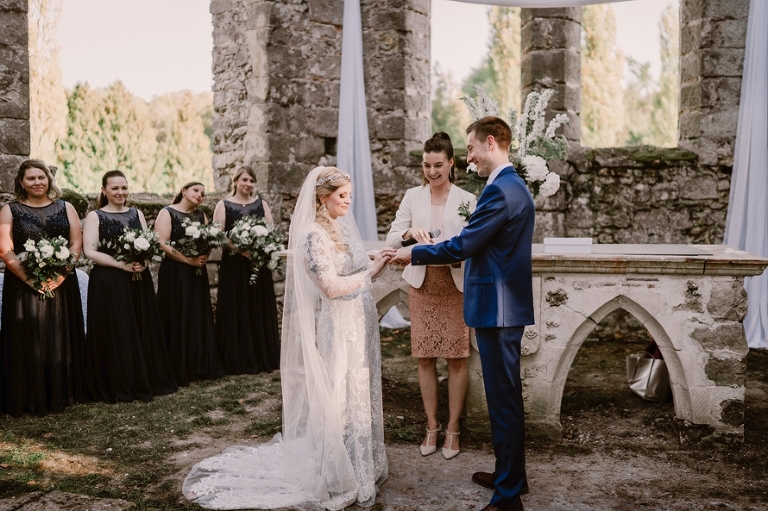 As their celebrant in France I encouraged Morgana & Alex to make their guests participate during their wedding ceremony. A beautiful way to do so is to incorporate a wedding ritual and make some of your loved ones part of it. We eventually chose a wedding ritual that I call the time capsule. Out of experience as an officiant in France I think it is a beautiful ritual for destination weddings as you don’t need to prepare a lot of material for it.

Morgana & Alex prepared a simple box and asked their bridesmaids and groomsmen to put notes into them during the wedding ceremony. They also added love letters to each other. Without reading any of it the couple then sealed the box. They promised to only open the box on their 10th wedding anniversary. So in 10 years the will read the notes of their friends and love letters to each other and think back to their wedding in a French chateau. Morgana & Alex said: “We cannot wait to look back at this moment in our lives with fondness.” 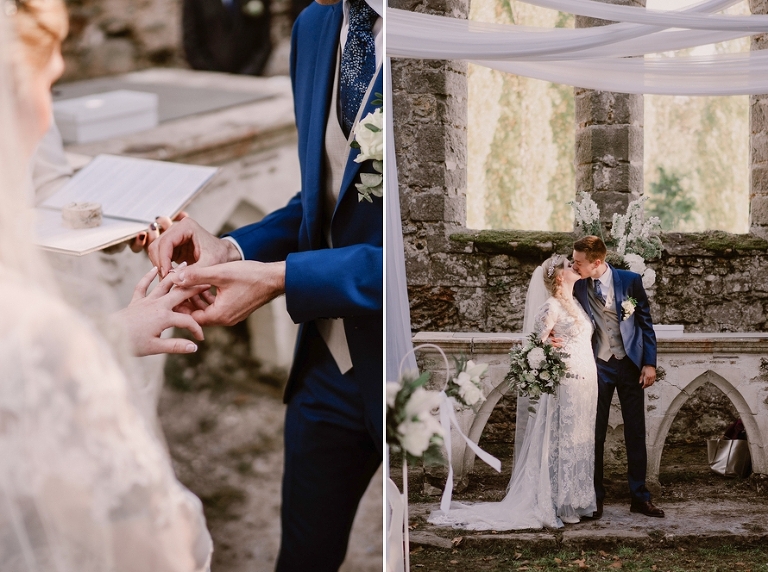 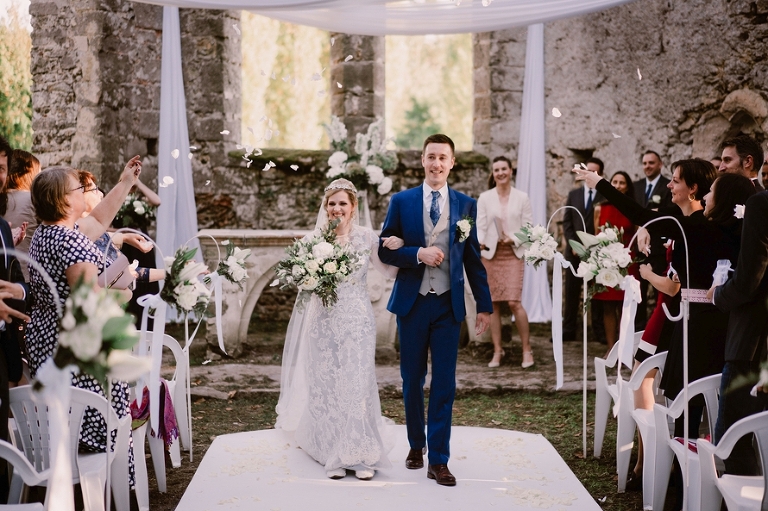 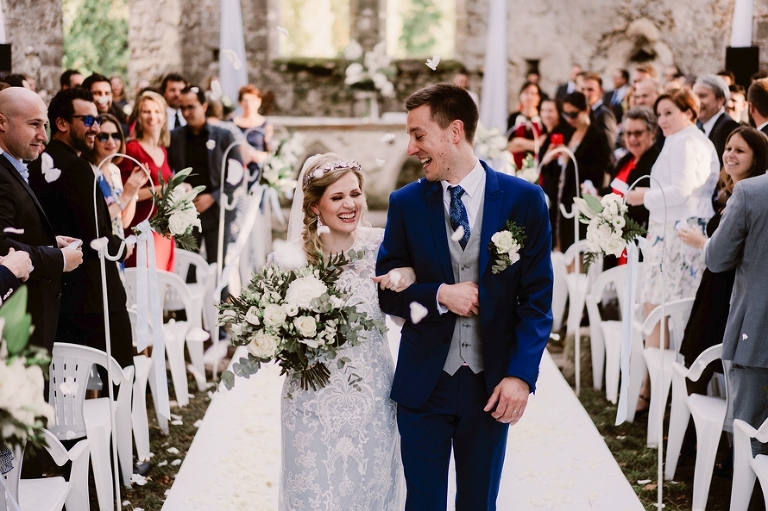 International wedding in a French chateau

Morgana & Alex met while traveling in Scotland. Shortly after they were separated again because Morgana had to go back to the USA and Alex to France. They kept in touch over the distance and Alex flew halfway around the world to take Morgana out on their first date in New York. They quickly fell in love with each other and kept dating long distance for more than a year. Then Morgana decided to take a leap of faith and moved to France so that they can be together. They sometime still struggles with the cultural differences and different languages. But they have much more that unites them: The same values and dreams for a shared future. And as Alex said: “Having different cultural backgrounds also makes everything more interesting!” 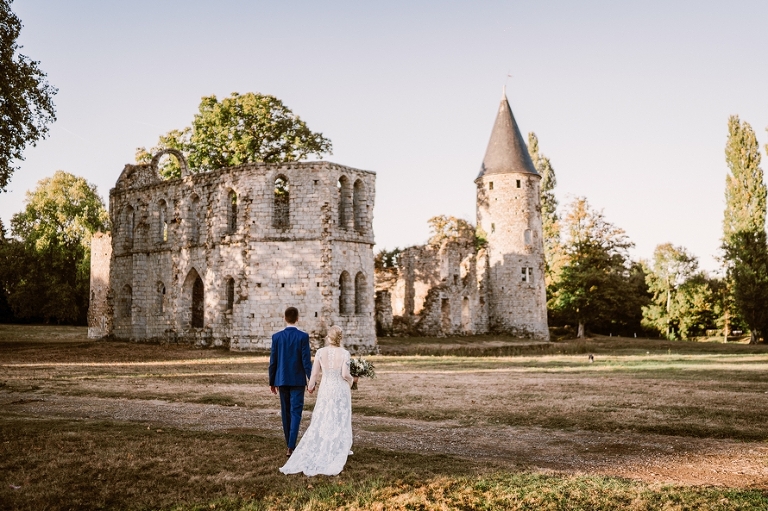 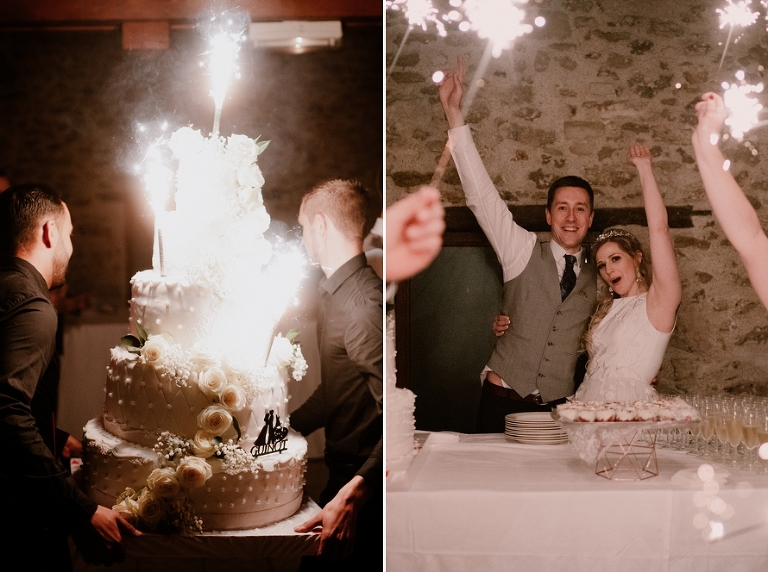 Vendors of this wedding in a French chateau:

“A perfect ceremony! It was a pleasure working with Laura. She was extremely professional before and during the ceremony. We could exchange with her through Skype then via email in order to give her all the information about who we are as a couple and what we are expecting from the ceremony. As we had a bilingual wedding, we had a translator and Laura coordinated with her perfectly. All our guests and the other people we worked with (photographer, DJ, …) told us that this was an excellent ceremony. Thank you Laura for being part of our special day!”